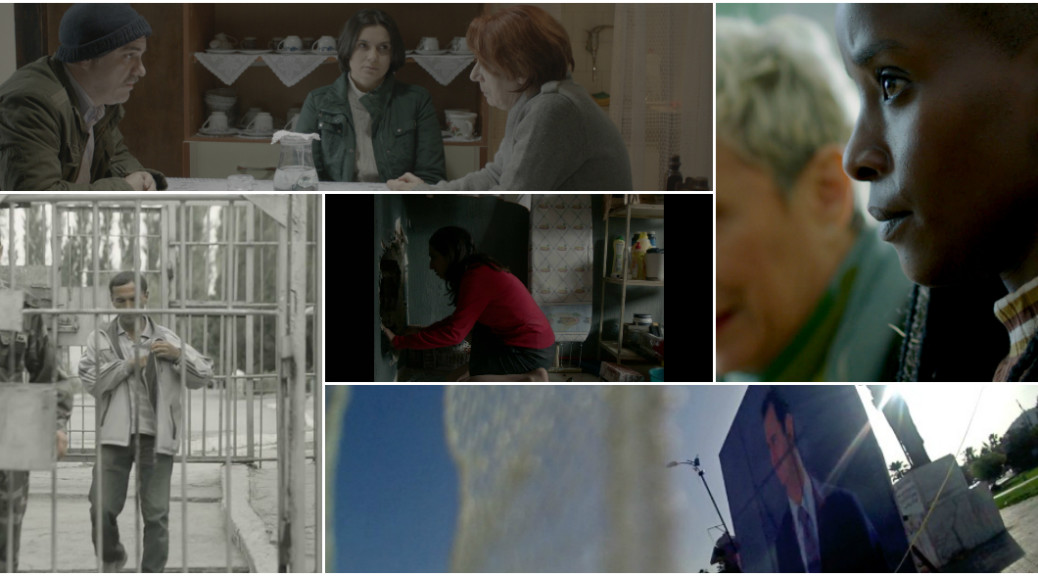 HOME
Director: More Raça Country: Kosovo
Original title: Home Language: Albanian
Subtitles: English Year: 2016 Runtime: 23 min
After her father’s passing Hava lives with
limited financial resources and the mounting
pressure from her brother’s attempts to
marry her off. As times go by she becomes
increasingly isolated, and in turn, defiant.

MUKWANO
Director: Cecilie McNair Country: Denmark
Original title: Mukwano Language: Danish, English,
Swahili Subtitles: English Year: 2016
Runtime: 20 min
The day when a lesbian asylum seeker’s case is
decided, is also the day when she makes a last
attempt to find her girlfriend, who disappeared
during their joint escape from Uganda.

THE RETURN OF ERKIN
Director: Maria Guskova: Country: Russia
Original title: Vozvrashenie Erkina
Language: Uzbeki Subtitles: English
Year: 2015 Runtime: 29 min
Erkin gets out of prison and wants to
return to his former life. But everything has
changed and he does not know if he can live
as a free man.

A DAY AND A BUTTON
Director: Azza Hamwi Country: Syria
Original title: A Day and a Button Language: Arabic
Subtitles: English Year: 2016 Runtime: 7 min
Damascus. A split city. The neighbourhood and
the streets look the same, but when someone
died on that corner and another was arrested over
there, everything is different. Azza Hamwi sets
off at the crossroads of past and present. When
you can no longer rebel, when your country turns
into a big prison, what will tomorrow look like?