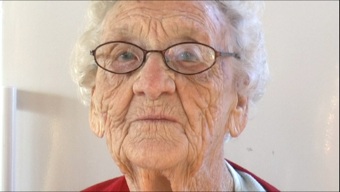 This year’s festival trailer is created by the writer, director and film
pedagogue Carin Bräck. In connection with the opening ceremony on Monday, April 4, we present the short film 100! directed by Carin Bräck. A collage film in which 101 people tell a story about aging and our different roles in life.

CARIN BRÄCK (SWEDEN)
is a writer, director and film pedagogue. With a background in acting and studies at the Dramatic Institute she turned to scriptwriting after two years of writing studies at the Folk High School in Skurup. After several years as a screenwriter, working with the big 90’s soap opera hit Vita Lögner (White Lies) among other projects, she began directing her own films. With great passion and with an eye for the fantastical as well as for the magic in the mundane, Carin Bräck has made several short films, many of them both screened and awarded at festivals all over the world.