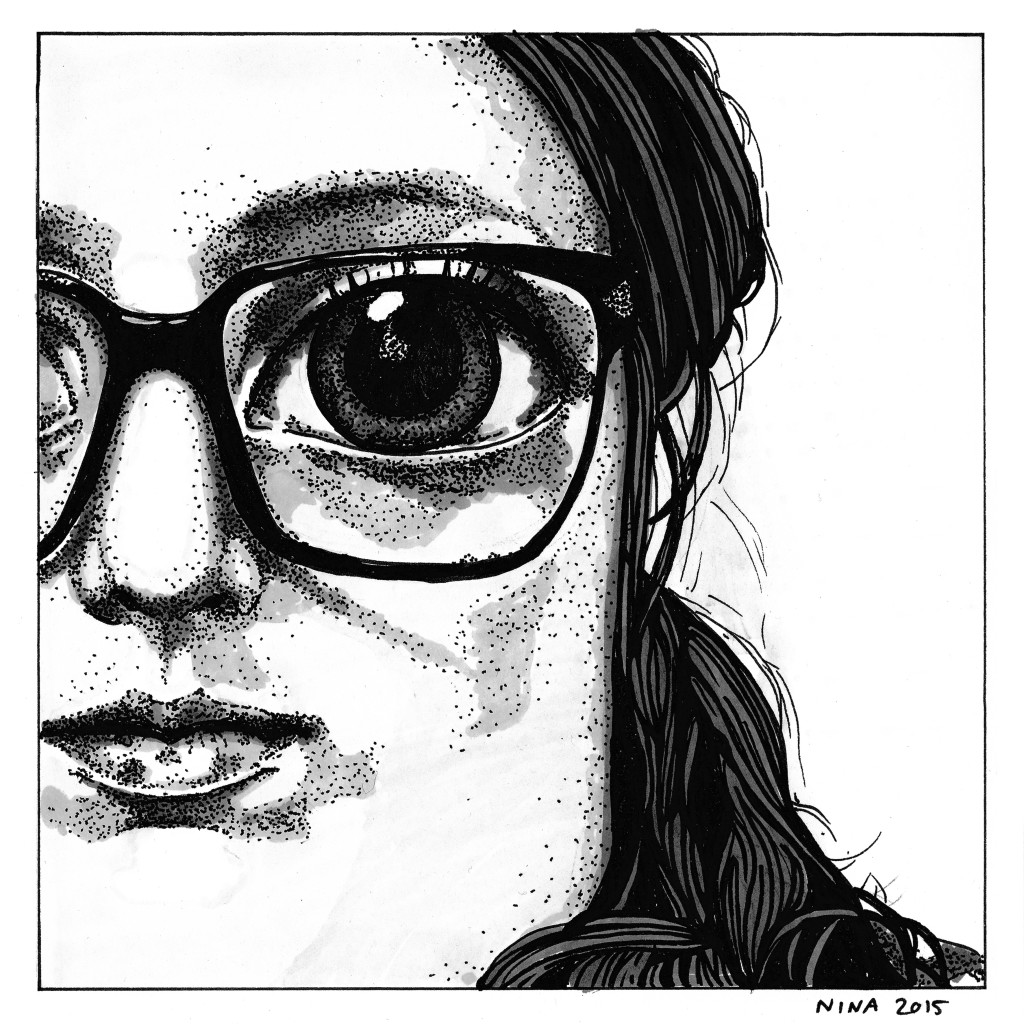 The illustration for the 10th edition of IFEMA is created by cultural
worker and illustrator Nina Höglund, also known under the signature Drawn by Nina. Nina Höglund works as a cultural assistant in the City of Trollhättan. Since 2008, she has also worked with Novemberfestivalen, a film festival usually seen as the Swedish championship for short films and young filmmakers between 16–26 years. In addition to her employment, she also freelances as an illustrator with a penchant for portrait drawing and has created a strong profile with her fantastically original and thought-provoking imagery.

Portrayed in this year’s illustration we see the girl in tails, the protagonist of the Swedish silent film The Girl in Tails (1926) directed by Karin Swanström. Read more about the film and do not miss our Silent Movie Night with live music composed and performed by Christine Owman on Saturday April 9th.

Do not miss our exhibition in cinema Panora’s foyer during the festival either. An exhibition with a series of stunning portraits of Swedish actresses illustrated by Nina Höglund. Among the nine portraits we see Anita Ekberg, Greta Garbo, Harriet Anderson, Saga Becker, Shima Niavarani, Nanna Blondell, Viveka Seldahl, Ann Petrén and Ingrid Bergman.