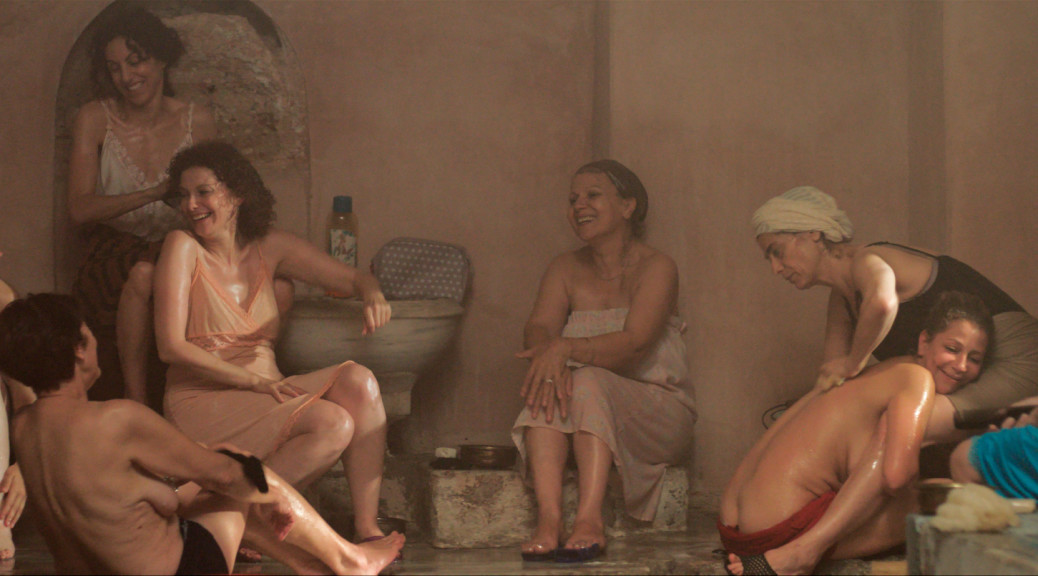 In the midst of a troubled Algeria in the 1990s, full of internal contradictions, violence and patriarchal oppression, there is a free zone for the women in the city – a hammam. Under the supervising eyes of the stern but golden-hearted chief masseur Fatima, women from all the city’s corners gathers far from the accusing gaze of men, the regime’s secret police, the conservative fanatics and terrorists. Unrestrained mothers, lovers, virgins and Islamic fanatics, butts and burqas mingle and mix, confront one another, with laughter, tears, rage, the Bible and the Koran. They discuss sex, politics, religion and sisterhood while they bathe and scrub, laugh and cry – and take a cigarette together. But the outside world is pounding on the
door. Fatima is working hard not to let it seep in and destroy their walls of liberty. But soon the women are forced to face a dramatic confrontation.

Rayhana’s debut feature is both a brilliantly refreshing and wonderful portrayal of female community and also a painfully clear picture of patriarchal structures and the situation for women all around the world, then and now. 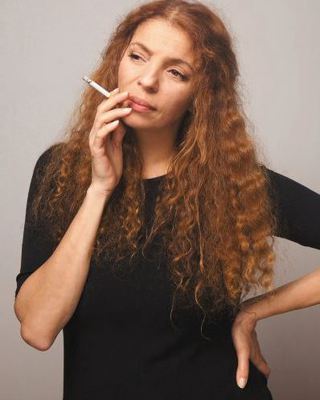 RAYHANA
Rayhana (Algeria) is a film and theater actress and
dramaturg. After studying both Fine- Dramatic and
Choreographic Arts, Rayhana joined the Béjaïa
national theater company initially as an actor, then
as a writer and director. She appeared in numerous
films and television dramas before moving on to
direct the plays she had written. She has received
numerous awards for her theater work. I Still Hide
to Smoke is her debut feature, based on her own
original play.