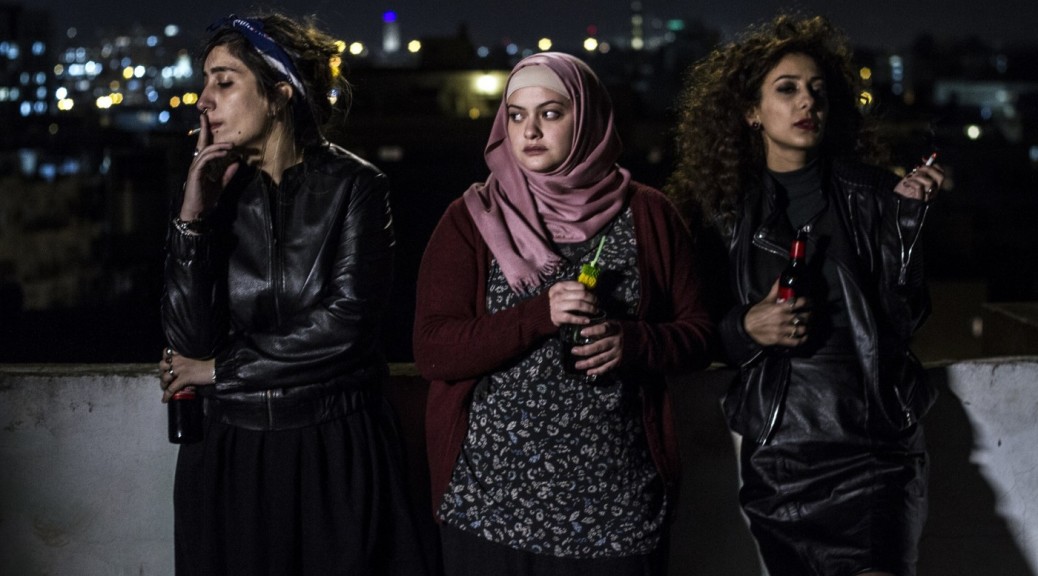 Salma, Laila and Nour will never fit in. Palestinians with Israeli citizenship, they choose to live a life of freedom in Tel Aviv, away from their home villages. In the permissive atmosphere of Tel Aviv, these women navigate “in between” traditional norms and modernity.

Laila, high powered attorney by day and wild-woman partier by
night, shares an apartment with her friend Salma – bartender, DJ,
gay and closeted from her conservative Christian family. Nour, a
university student whose hijab identifies her as observant Muslim,
arrives to share the apartment. When Nour’s fiancée does the
unforgivable, the trio is challenged to meet in solidarity.

Maysaloun Hamouds debut feature is inexorably refreshing and full
of warmth. With persuasive ensemble acting, immersive cinematography and a pulsing soundtrack it captures the daily duality of three young Palestinian women caught between hometown tradition and big city abandon – and the price they must pay for a lifestyle of freedom that seems obvious to many. 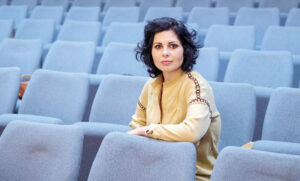 MASALOUN HAMOUD
Maysaloun Hamoud (Hungary, Israel) was born in
1982 in Budapest and raised in her family’s native
village Dir-Hana, Israel. She completed a BA in
Middle Eastern history at Hebrew University and
studied film at Minshar School of Art. She directed
the short films Shades of Light (2009), Sense of
Morning (2010), and Salma (2012). In Between is
her debut feature.