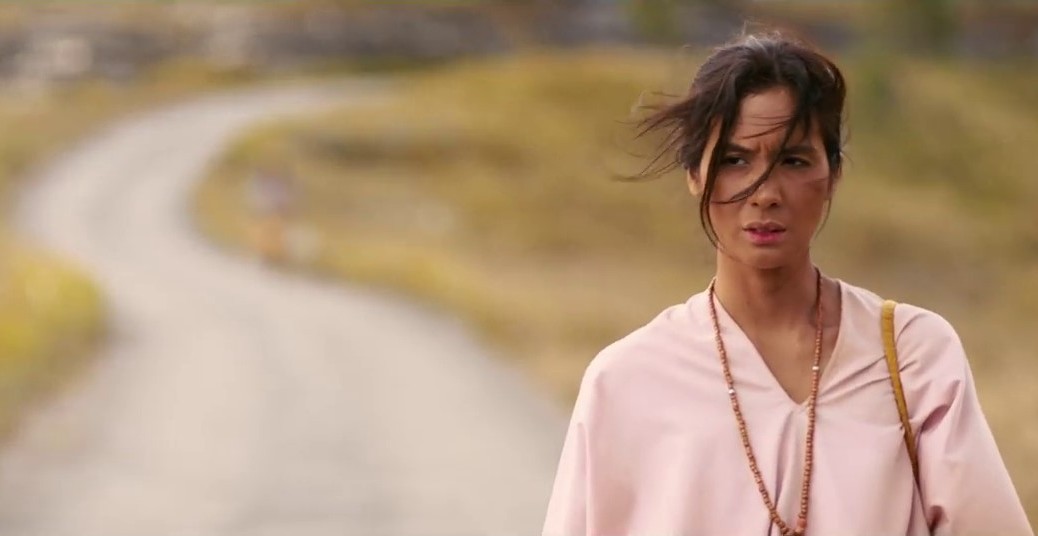 The countryside on the Indonesian island Sumba is an inhospitable
place – particularly for women. Marlina finds this out painfully when a gang of robbers breaks into her home demanding her virtue, and her livestock. Recovering from the initial shock, she decides not to give in without a fight.

The bare landscape is the perfect setting for this feminist revenge
Western, with a laconic yet determined Marlina in the lead role. The
people she meets on her path to justice accept her mission as a
matter of course, along with the fact that she carries the head of one
of her tormentors around with her.

This story, full of dry humour and accompanied by an atmospheric
soundtrack, unfolds in tightly framed shots of the photogenic landscape and the mystical interior of Marlina’s wooden house. Mouly Surya has without a doubt created this year´s most brilliant, daring, genrebending and surprising one of a kind movie.