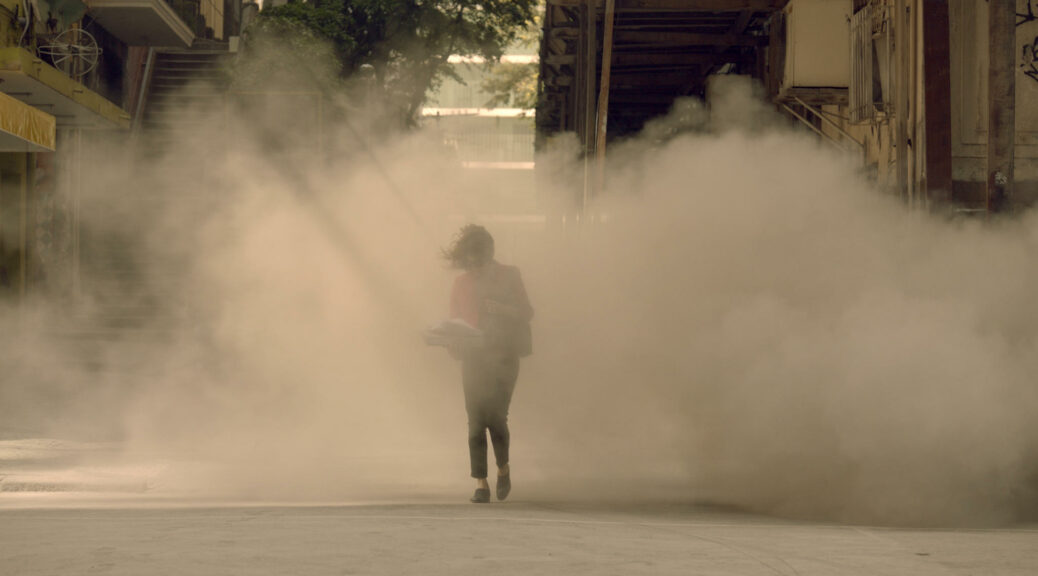 Tickets are bought at the door at cinema Hypnos, Norra Grängesbergsgatan 15.

Rio de Janeiro, 2016. The hottest summer in history. The city is preparing for the Olympic Games. Ana, a 32-year-old public defender, works in the defense of a community threatened with removal by the works of the Olympic Park. Confronted with abuse of power and corruption, she tries to forget that the characteristic apartment complex she lives in is also earmarked to make way for a luxury hotel.

Meanwhile, she’s been noticing purple fungus-like spots on her body.
Strange things begin to happen in the city as well as in Ana’s body.
The temperature rises, creating a humid and suffocating atmosphere. The sultriness accumulates before giving way to heavy rain. SULTRY combines a worthy sense of indignation about the way
the 2016 Rio Olympics was used to illegally force evictions and start
redevelopments that lined the pockets of the wealthy, and fantasy.
Marina Meliande has made an unique magical feminst eco-drama.