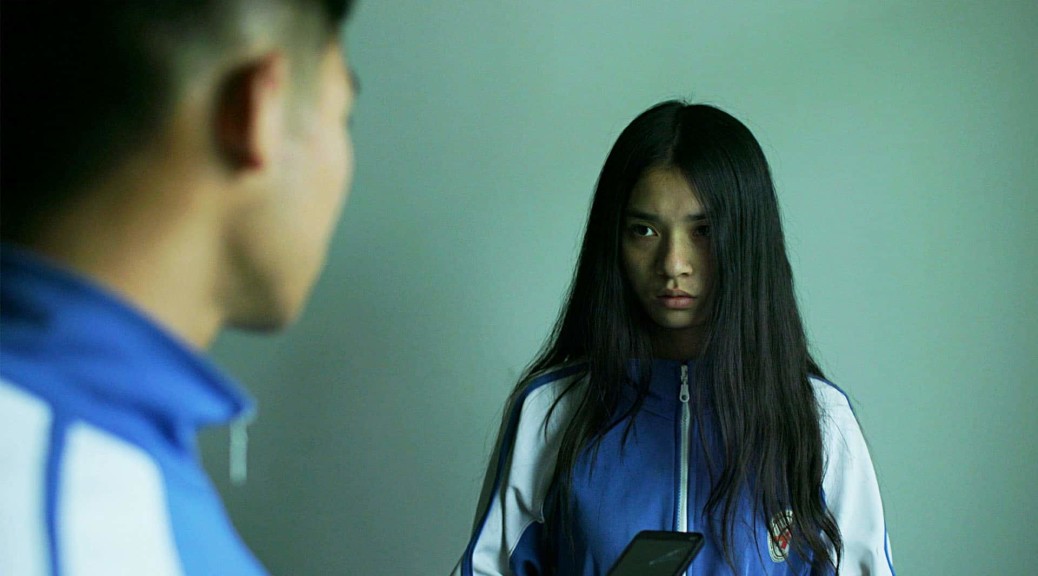 ‘Why do you want to enter the Police Academy?’ · ‘Because it sounds safe.’

For the sake of her absent mother, 16-year-old Lynn attempts to
get into the local police academy. Meanwhile, she keeps her head
above water financially by getting caught up in some shady business
involving stolen cell phones. When her only friend May suddenly
stops being in touch, the introverted student is haunted by the feelingthat her life is spiralling out of control. Money is an all-pervasive topic in her environment. Surrounded by corruption, sexual violence and the omnipresence of new media, Lynn searches for a path through the labyrinth of the present. Precise images tell a story of the isolation and lack of perspective prevalent in a small city in today’s China.

Chinese cinema has very few filmmakers like Huang Ji, an
independent woman director willing to film tough, realistic, compassionate stories about young women growing up and she’s made a coming-of-age story in China with unprecedented daring, honesty and maturity.