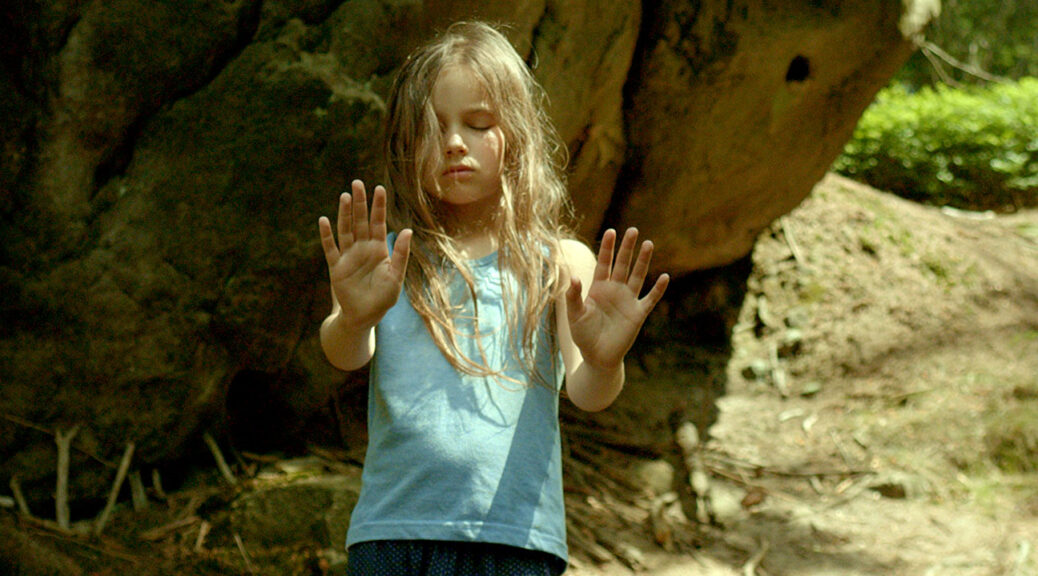 Tickets (40-100sek) are bought at the door at cinema Hypnos, Norra Grängesbergsgatan 15.

It’s early summer and nature is aglow, full of lush greens. Mula’s daughter Nina is about to celebrate her First Communion, and relatives are arriving for the occasion. Among them is Mula’s sister Kaja, Nina’s biological mother, who somehow hasn’t been around the last six years. Her return triggers Mula’s anxieties, and she eyes every interaction between Kaja and Nina with distrust.

Small tremors repeatedly ripple through the film, like subtle seismic
waves foretelling the bigger quake to come: on the soundtrack, in the abrupt, flash-like cuts and in all the strange occurrences. Could the grandmother’s sudden recovery, the stammering priest who forgets the words of his prayer or the noises coming from the wall be harbingers of something? Everyone is too preoccupied to notice. An intertitle talks of events from the future; one where everything is still as it always was but will soon change. Do the subtle genre elements that seep into this summer idyll simply blur the line between relationship drama and psycho thriller, or might Kaja be on another mission entirely?