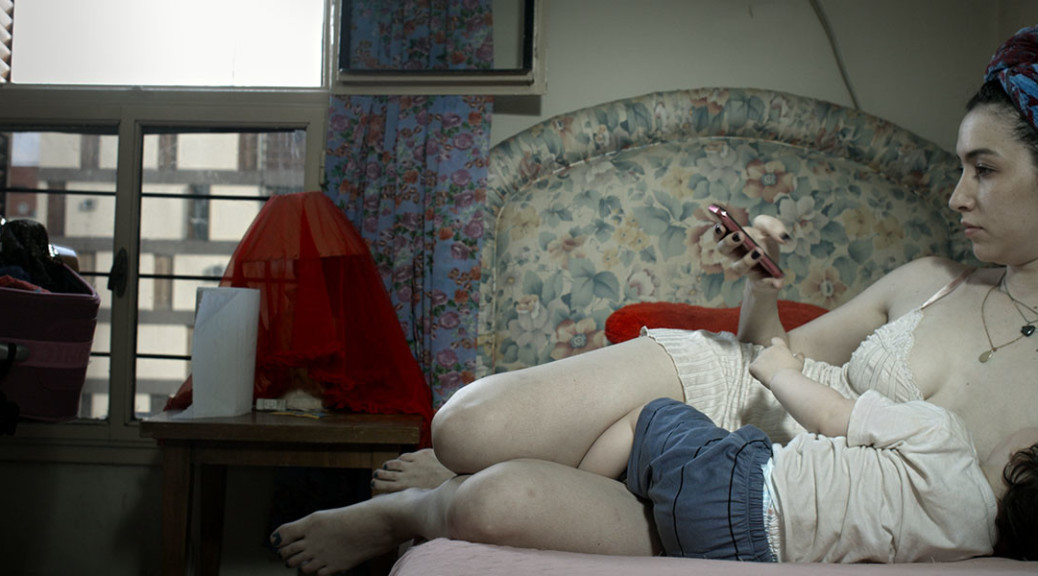 Alanis lives with her son Dante (played by actress Gala Castagliones
and her real-life son) and and an older co-worker in a comfortable
apartment where she gets help with her baby while attending to
clients. When two inspectors posing as clients break into their
apartment, arresting Alanis’ friend, Alanis finds herself on the street,
destitute, without even a diaper for Dante.

Through Alanis, Berneri introduces us to some uncomfortable realities: the immigrant women drawn to Buenos Aires by the promise of a better life who instead find themselves working the streets; the female body as both an object of sexual use and a figure of nurturing, maternal ideals. Through the director’s compassionate gaze this is both a poignant film about the tenacity of a mother’s love, a women’s struggle in a patriarchal world and a profoundly political statement about the dismal choices foisted upon vulnerable women.