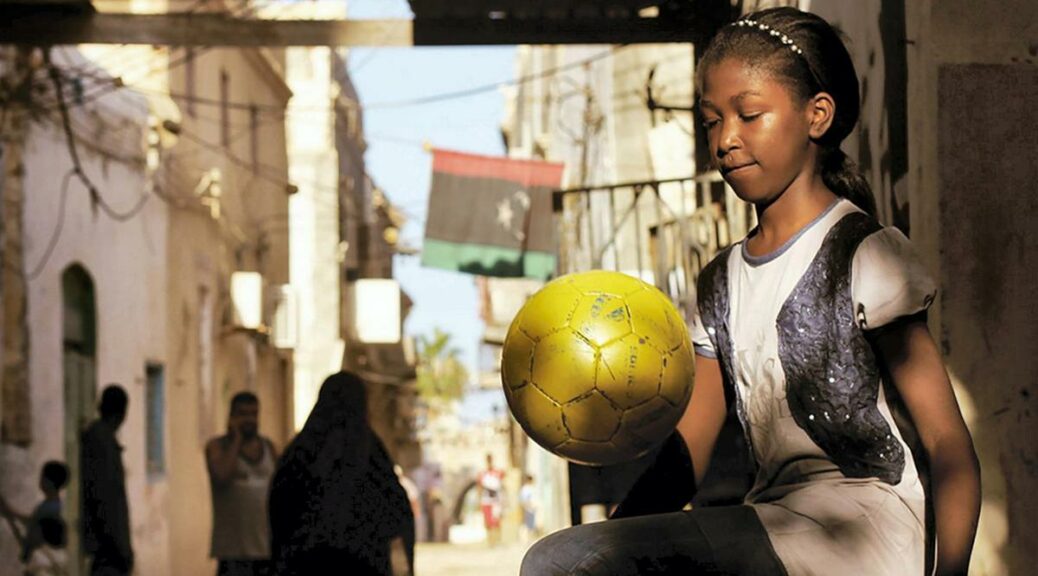 Emboldened by the Arab Spring, the Libyan women’s soccer team is
dreaming of playing their first international game.

With broad and intimate access, three players coming from different social and political backgrounds are being followed on and off the field. Over the course of several years we witness their repetitive attempts at getting support to be able to play and, as the country descends into civil war, their fight to reinvent their lives on a daily basis when uncertainty has become a routine. With conservative forces in society getting in the way, even in more moderate circles the women must constantly fight for room to maneuver, both in public and private life.

As they keep pursuing their dream, they experience disillusionment and seize new opportunities—and almost accidentally find their calling as role models for a new generation of girls.